Find and book monthly parking near you with Spacer. Get started now.

What Tires Do I Need For My Car? 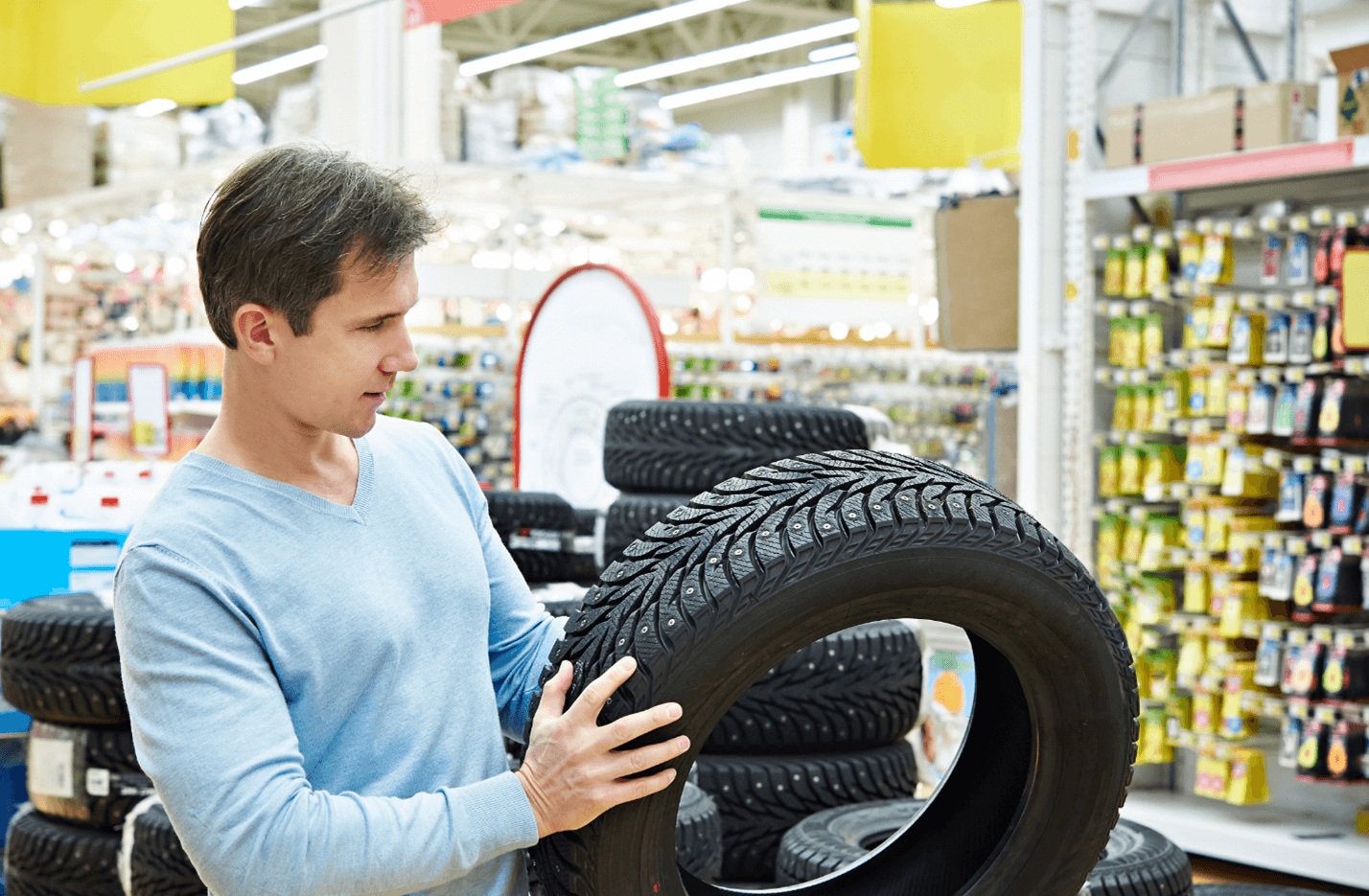 If you want your car to drive smoother, save gas, and stand up to whatever weather challenges come your way, then you want to invest in the best car tires for your vehicle. Finding the right set for your car and driving habits, however, can be tricky. How can you find the best car tires while avoiding the unnecessary upsell? And once you’ve got a brand new set, how can you be sure that they’ll last as long as the manufacturer claims?

This Spacer guide to tires will serve as your mini-course on the tire industry. That way, you can buy tires with confidence and take care of your tires so they last for years to come.

Ready to become a tire expert? Let’s get started!

The first thing you want to do when buying new tires is familiarize yourself with some common tire types. They fall into two different categories: passenger and truck/SUV.

The first category covers the wide range of passenger vehicles from sedans, to sports cars, to your standard minivan. Trucks and SUVs make up the second category, as they tend to require tires that are slightly larger and better prepared for off-road capability.

Within these two categories, there are a couple of other definitions you should know, such as:

Over time, as tires have become more sophisticated, you’ll notice that there are many more descriptions and labels than the ones we’ve covered here. But you now have a pretty good idea of what kinds of tires are on the market.

In our recent article, Top 10 Tricks to Increasing your Vehicle’s Gas Mileage, we talked about how good tire pressure and new tires can improve your gas mileage.

But, there are a few more questions we can ask to expand on that idea. For instance, are some tire types better for your MPG than others? And what is the deal with fuel-efficient tires?

To find the answers, we have to look at something called rolling resistance. The physics can get complicated, but the basic idea of rolling resistance is that the more friction your tires generate, the more energy your car uses to get them rolling. In other words, a tire with low rolling resistance, or LRR, is better for your fuel economy.

So, which design elements give a tire low rolling resistance? Here are the three main ones:

Now, hold on a minute! You might be thinking, “I bought low rolling resistance all-terrain tires last year! Was I tricked into buying tires that don’t actually improve fuel efficiency?”

These days, with fuel efficiency on everyone’s mind, tire engineers are looking for all kinds of ways to lower the roll resistance in their tires. And, as we mentioned, it’s not just the tire tread that determines a tire’s rolling resistance.

That’s why you can buy low resistance all-terrain tires, which may not have the ideal tread for fuel efficiency but will feature other attributes to lower your MPGs. And while they may not be quite as fuel-efficient as an LRR touring tire, they will still save you some money at the pump.

Finally, where do fuel-efficient tires play into all of this? If your head is swimming with the technical terms like rolling resistance, rebound, and chemical compounds, you’re not alone. Many tire sellers simply choose to label their LRR tires as fuel-efficient, because it’s more relatable to buyers. Fuel efficient and low rolling resistance tires are the same thing.

Which tire types last the longest?

Perhaps just as important as your tire’s performance and fuel efficiency is longevity. Tires can be expensive, and you want to make sure that you’re able to enjoy your set of tires for as many years as possible.

Treadwear is the biggest factor in determining how long a tire will last. Over time, the tread wears down until the tire loses grip, which is not only dangerous but can also significantly lower your car’s fuel efficiency.

So, how can you know how long a tire will last?

The treadwear rating, officially called the Uniform Tire Quality Grading, refers to a test used to calculate the average lifespan of a tire compared to a standard control tire.

It might sound boring until you learn how the pros go about testing. Here’s how it works: when a tire company wants to test their new tire or candidate tire, they take it to a high-security testing site in Texas. There, researchers put together a convoy of up to four testing vehicles, some with the candidate tires and some with control tires. Together, the convoy traverses 7,200 miles of public roads so that the tires experience the same driving conditions.

So, which tires fare the best in the tests? Though you might assume that a low-tread tire would wear down the quickest, the results are more nuanced. In fact, because of the higher friction caused by deep treads, all-terrain and snow tires have traditionally been known to wear their tread faster than other tire types.

But again, tire engineering is getting better all the time, and many of the old rules don’t apply. Instead of trying to figure out which categories have the longest lifespan, you should be looking at the specific treadwear rating of the tire types best for your vehicle.

How often should you change your tires?

So here are a few ways to know when you need to change your tires:

In the best driving conditions, you can expect to change your tires sometime between 25,000 and 50,000 miles, or no longer than 6 years after you bought them. In the meantime, you’ll want to rotate them about once every 3,000 to 8,000 miles.

How to purchase the best car tires for your driving needs

With all this newfound knowledge bouncing around in your head about the best car tires, it’s time to select the right set for your car and driving habits. 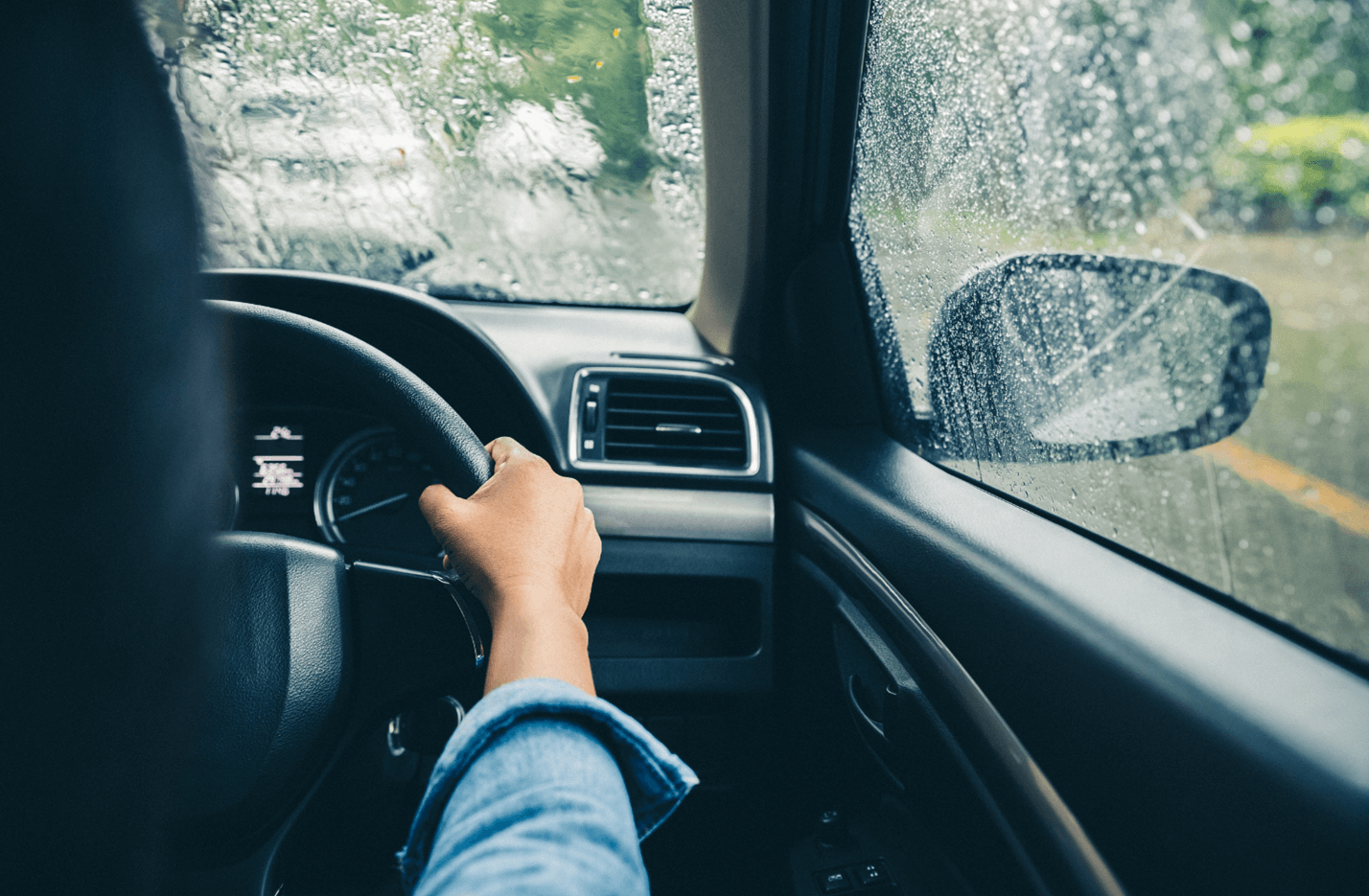 Here are a few scenarios to show how you can go about finding the right tires for your needs:

Example One: The Highway Commuter

In this scenario, you need a set of tires that will get you to and from work every day, and around the city or neighborhood for your weekend activities. You likely have a sedan, hatchback, or small SUV.

Perhaps you have to do some highway driving in the rain but even in the winter months, the highways are properly salted to prevent ice.

The best car tires for you, highway commuter, are touring tires or all-season tires. They’ll give you the best gas mileage and a smooth ride.

Like the highway commuter, you’re preparing your car for long stretches of highway driving. Maybe you have a slightly larger car for shuttling the whole family and storing your camping equipment in the back.

The key for you will be choosing the best car tires for gas mileage and performance, and you have a few options. For the typical family summer camping trip in a well-populated place, you can stick with touring or all-season tires. If your family is more extreme, taking a huge truck to the middle of nowhere for some off-the-grid adventures, then you’ll need to look into tire types such as all-terrain or SUV-specific tires.

If you live in a region with heavy snow and ice, then, of course, snow tires are an obvious choice, winter warrior. You might hunker down inside for the big blizzard storms, but it won’t be because you’re worried that your car will get stuck in a snowbank!

If on the other hand, your winters are characterized by heavy rain, then we suggest sticking with your all-season tires. They’ll give you the best traction during the downpour.

Are you ready to find the best car tires for your vehicle?

In this article, we’ve covered everything you need to know about what tire types are best for your driving habits! So all that’s left is to buy your perfect set!

And before you go, we’ll leave you with a few tire car tips that will keep your tires in tip-top shape:

You can also check out our recent  Car Maintenance Checklist for more tips to keep your car in the best shape possible!

Can I Airbnb my Apartment? Common Renting Questions Answered 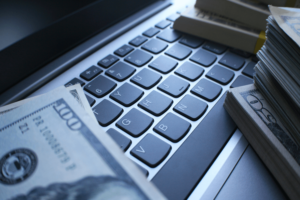 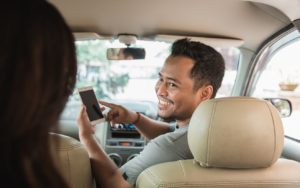 Uber vs Lyft vs Via: The Ultimate Rideshare Comparison Guide – Which is Cheapest?